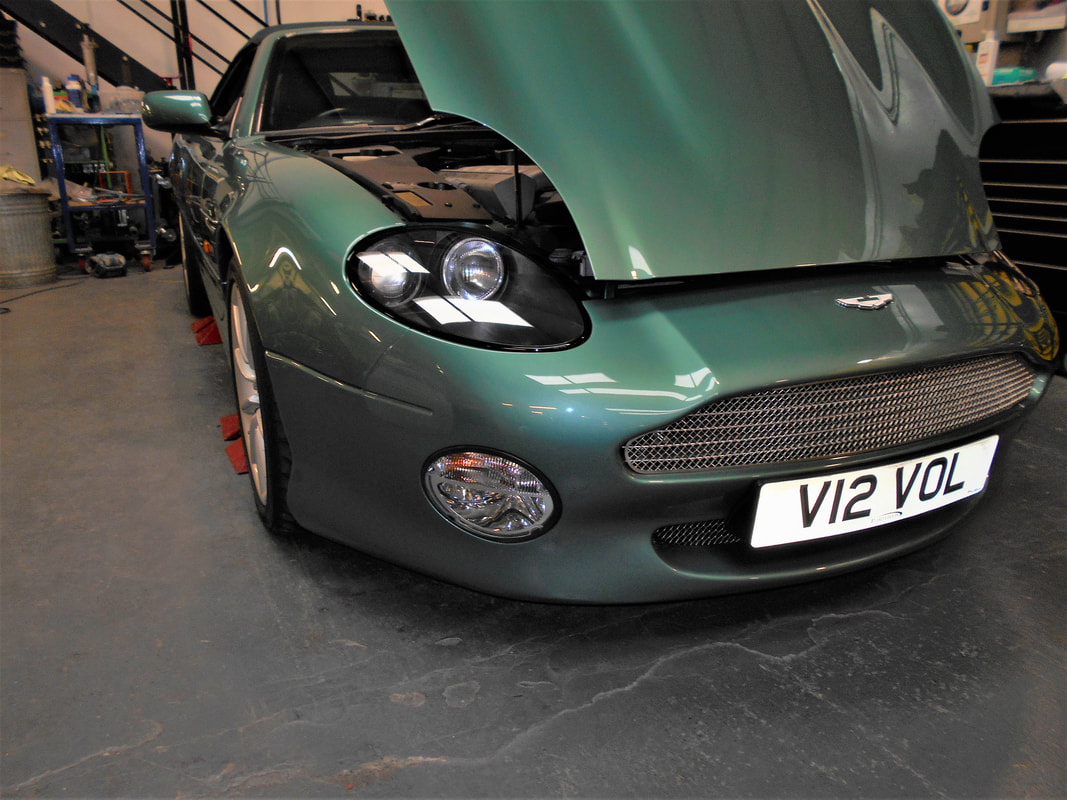 This Aston Martin DB7 Volante was in for the usual corrosions issues commonly seen on these cars despite this one being garaged it's entire life.
We had to fabricate and let in both rear arches. There were a few dents around the car, the front bumper was peppered in stonechips as were the back edges of the front wings, any rust found that was fairly minor o the doors and arches was taken back to bare metal and the remaining pitted spots were treated with a De-ox gel to completely remove any traces of rust.
The pitted low spots were lightly filled then all panels were prepared for primer, an epoxy etch primer was applied first then four coats of high build primer.
The car was then prepared for topcoat, the car and both doors were first in the booth the all remaining loose panels were up next.
​Everything was flatted with P1500 then P3000 and buffed up then the car was refitted, a lot of new hardware was used on the refit as the originals were in a very poor state and the brackets that held the sill covers on were sandblasted and also painted.
Do you have a project you would like to discuss ? Simply get in touch via email or by telephone 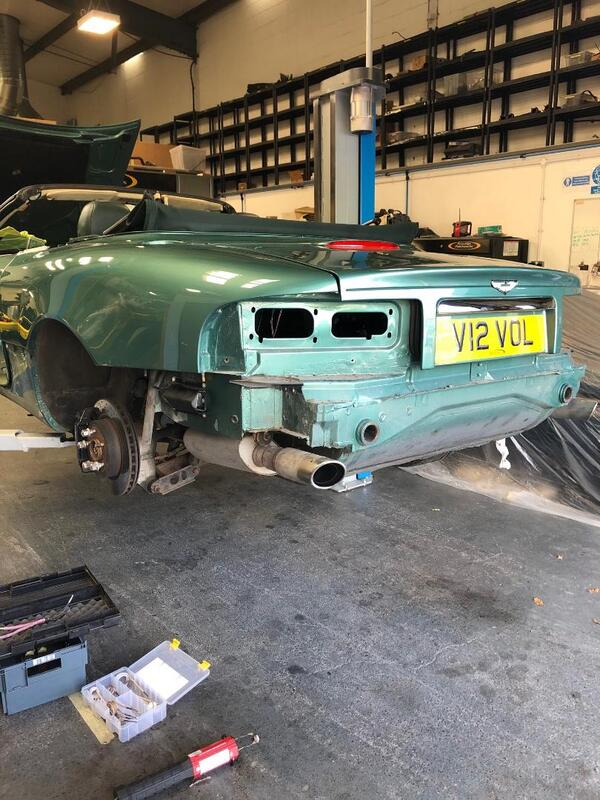 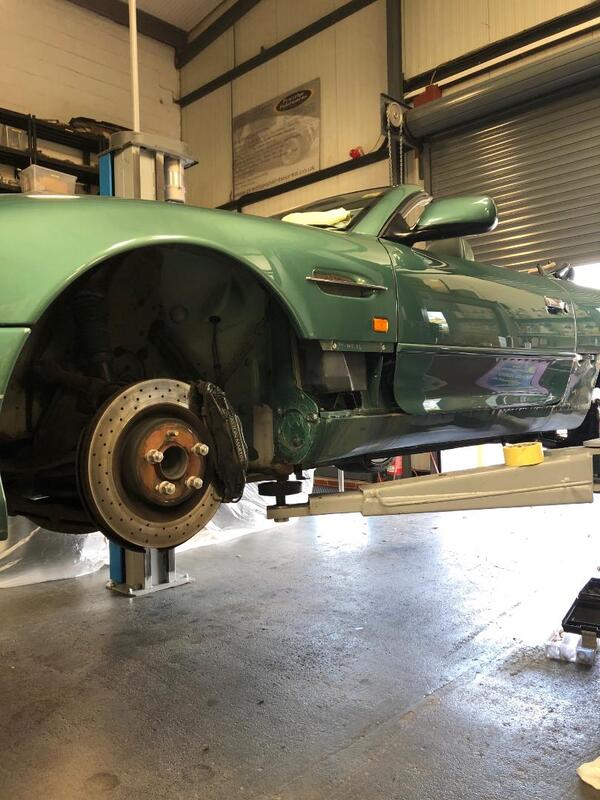 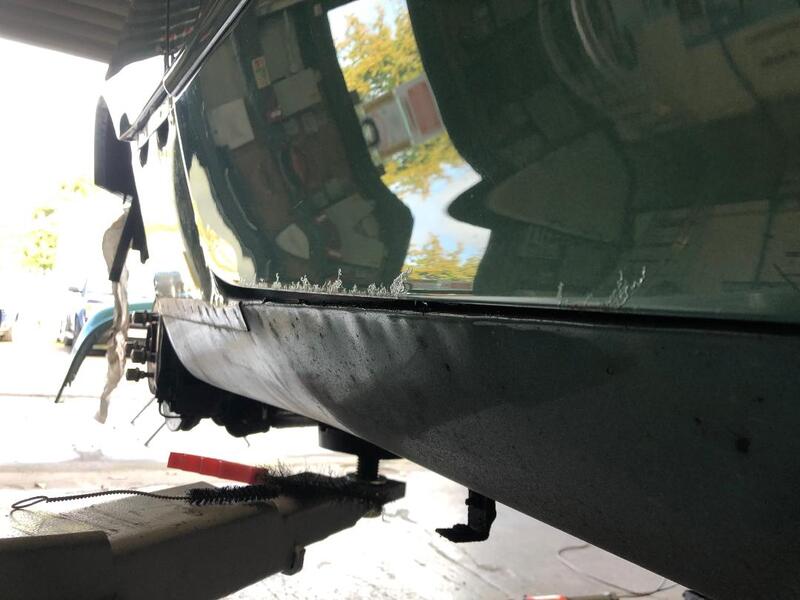 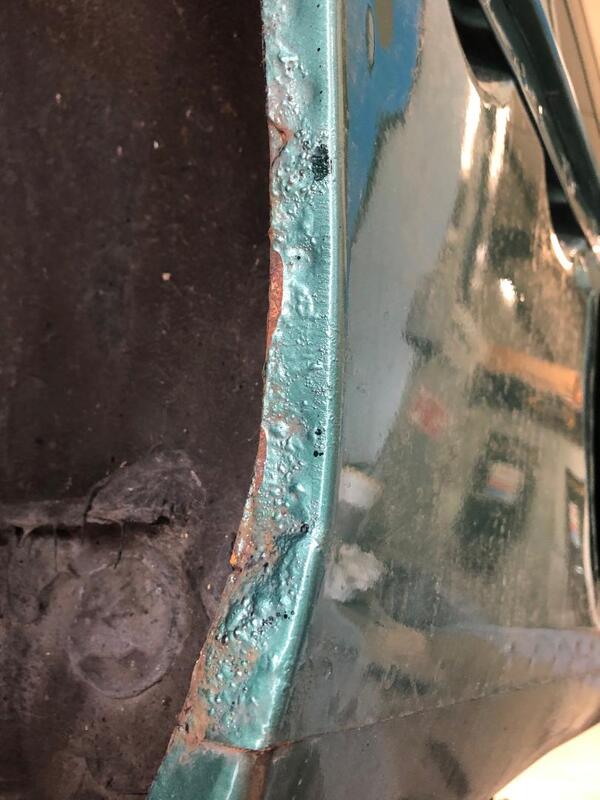 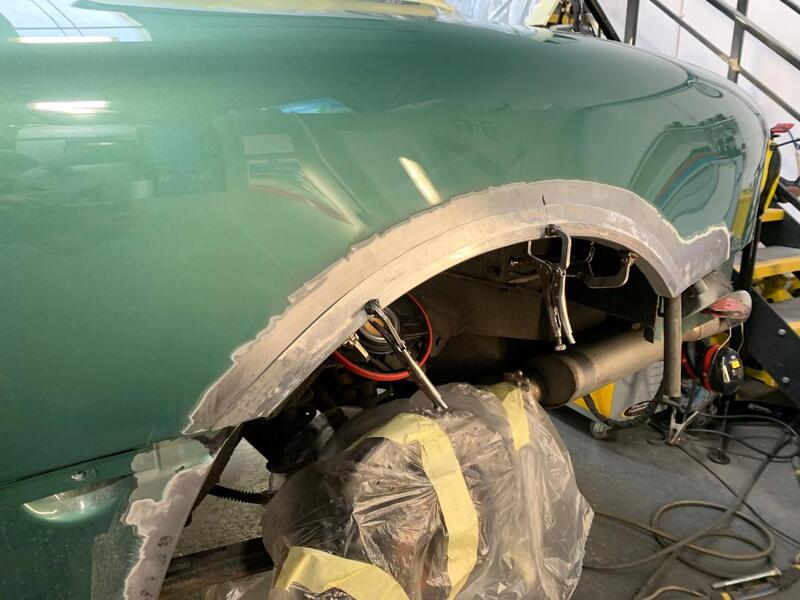 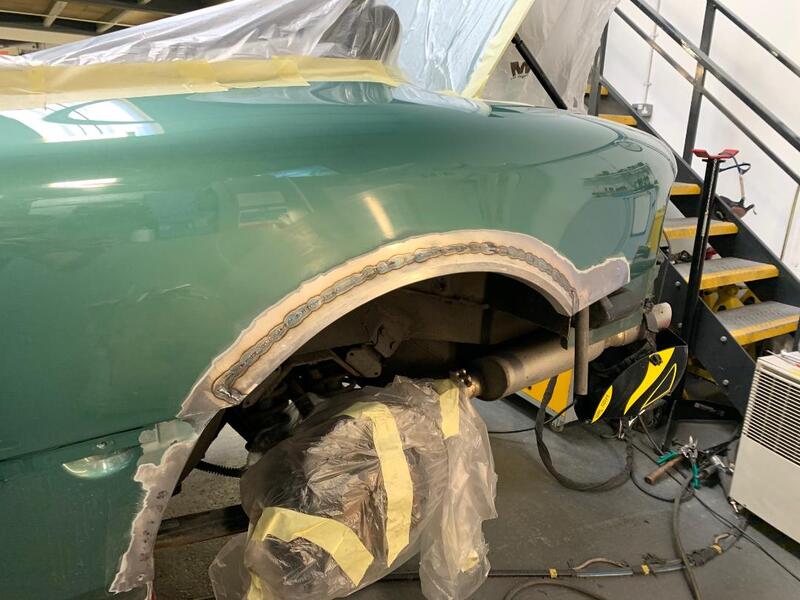 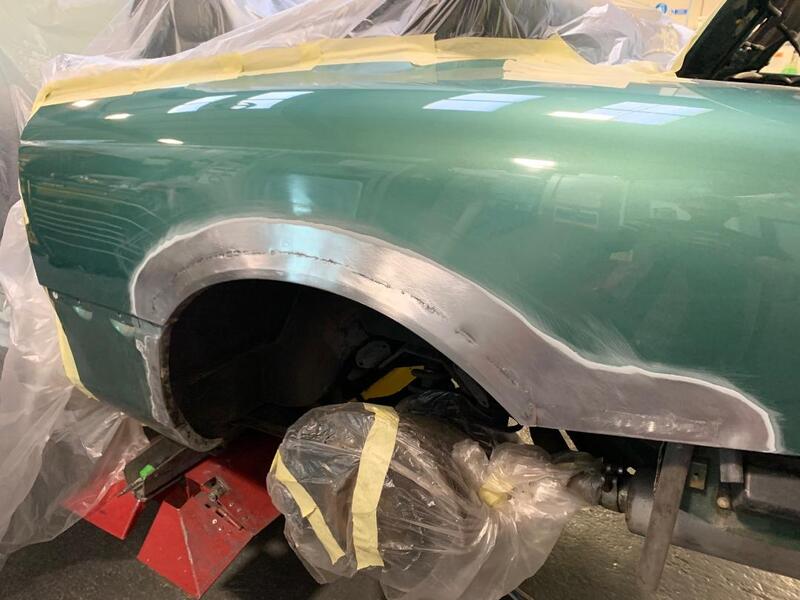 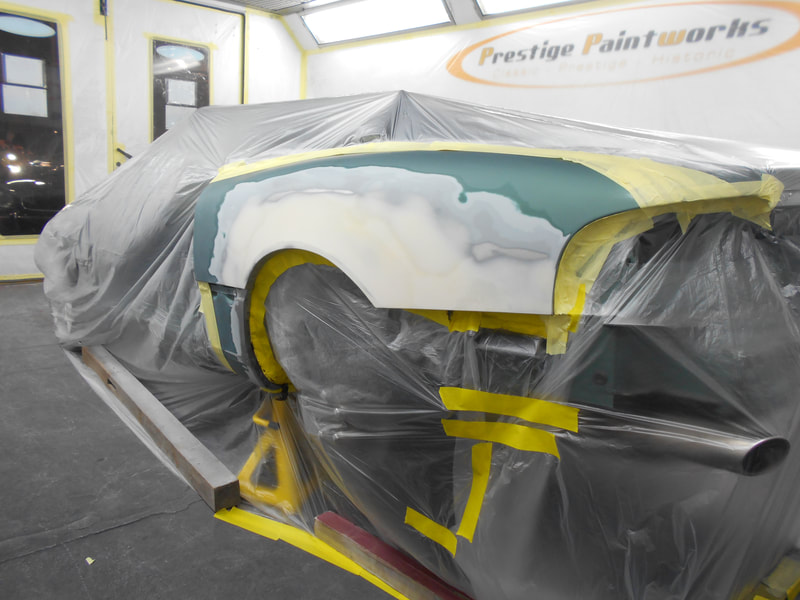 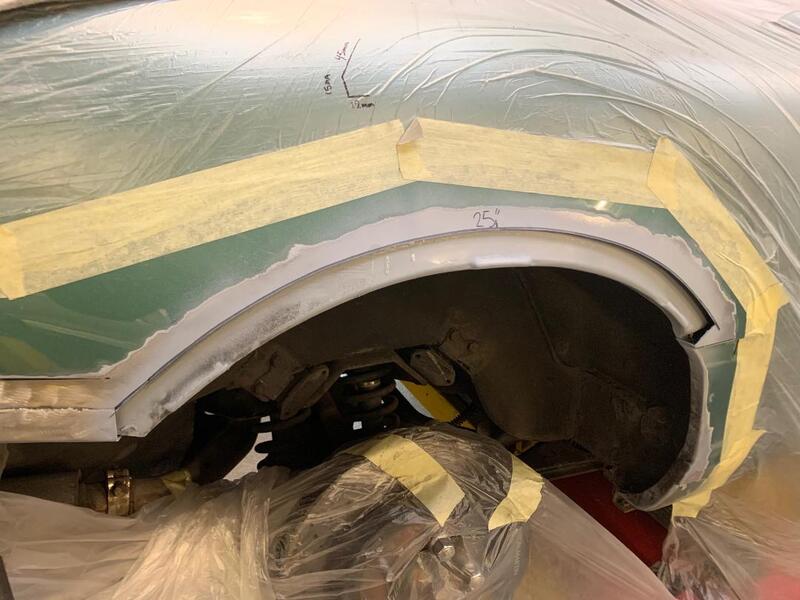 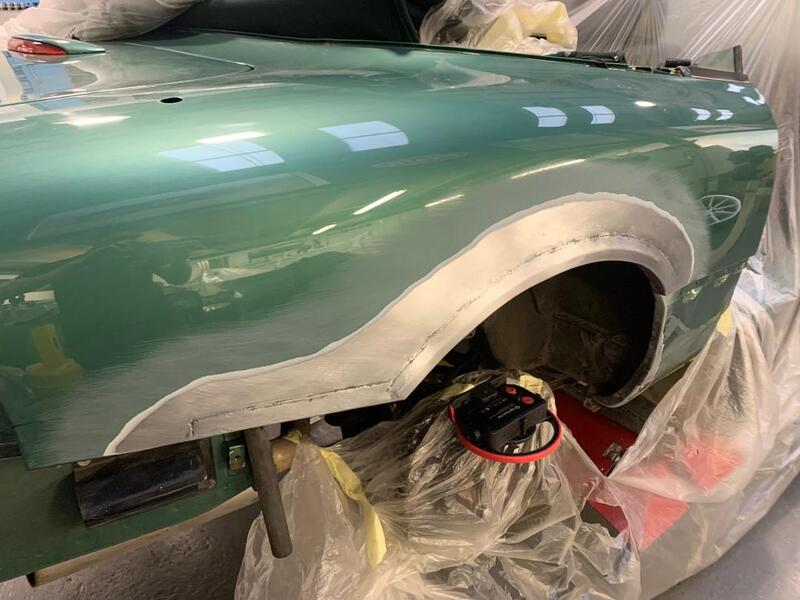 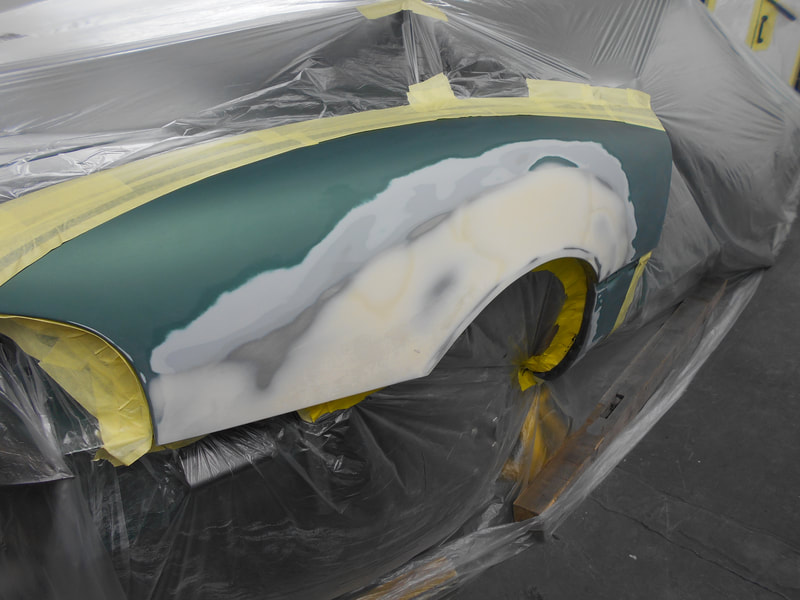 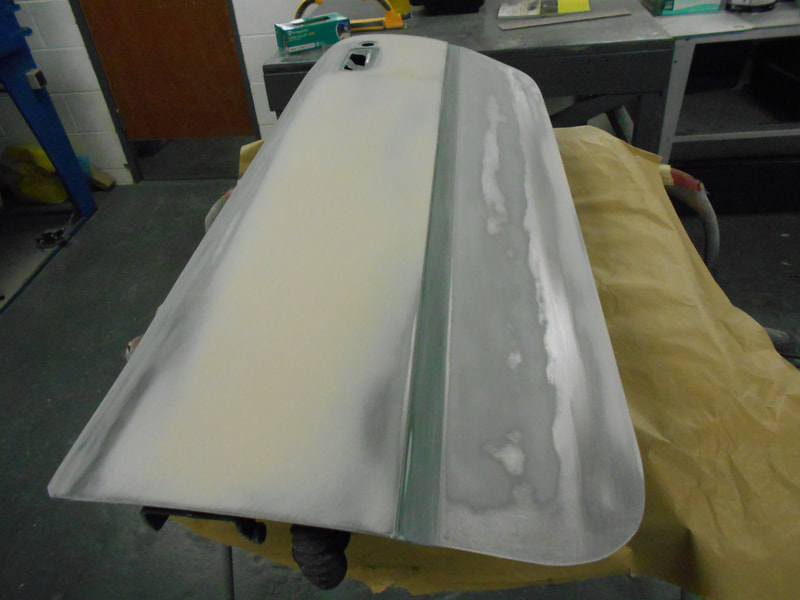 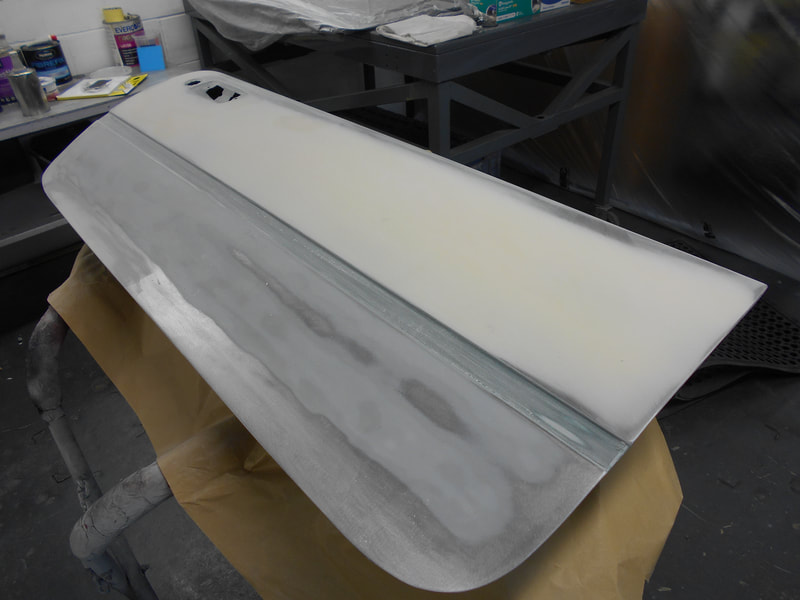 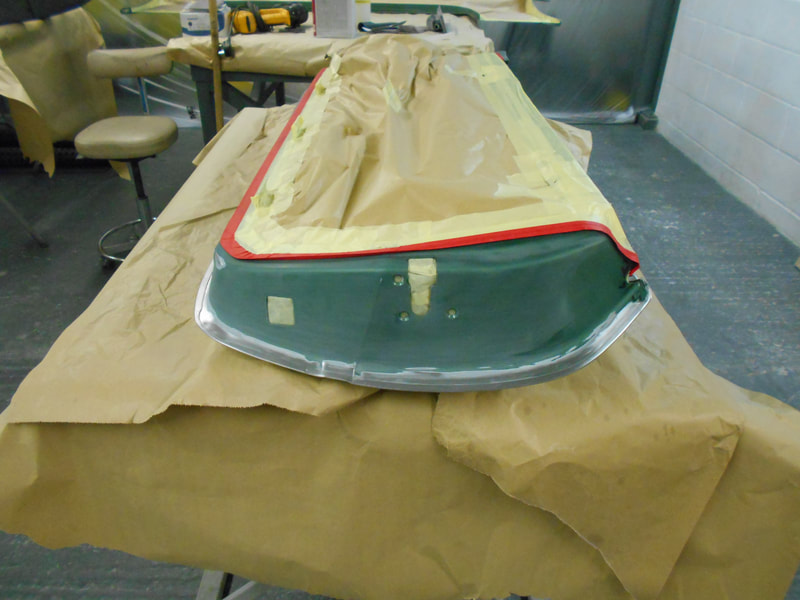 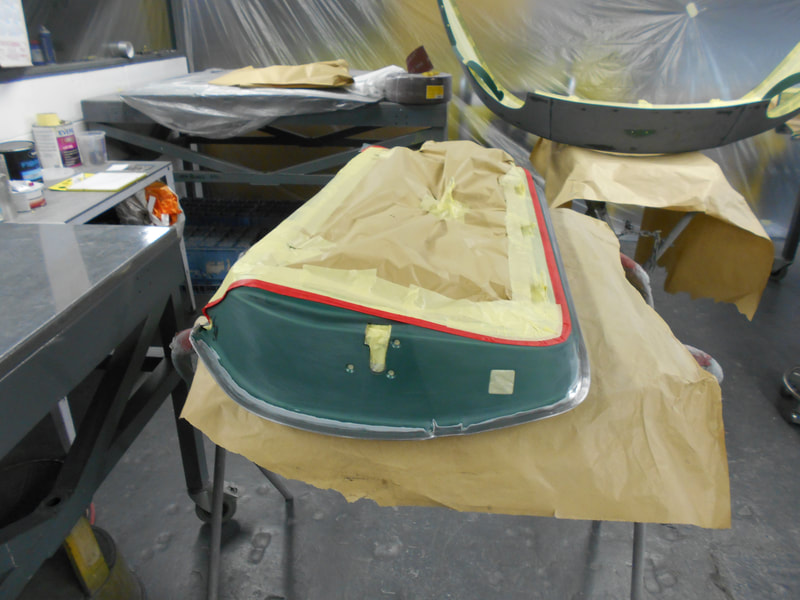 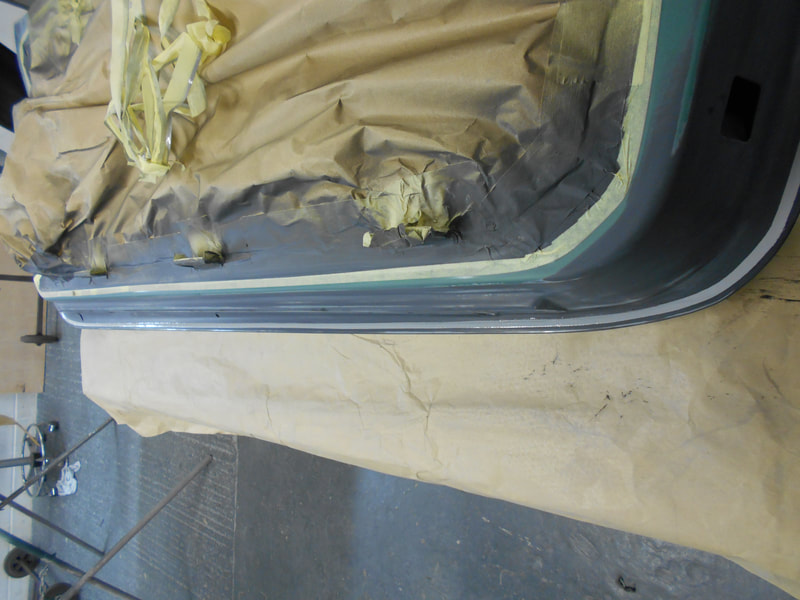 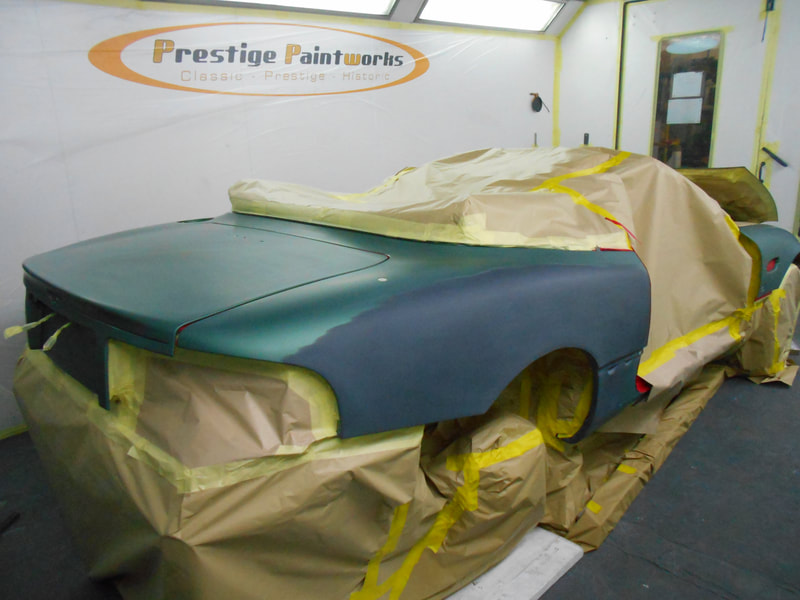 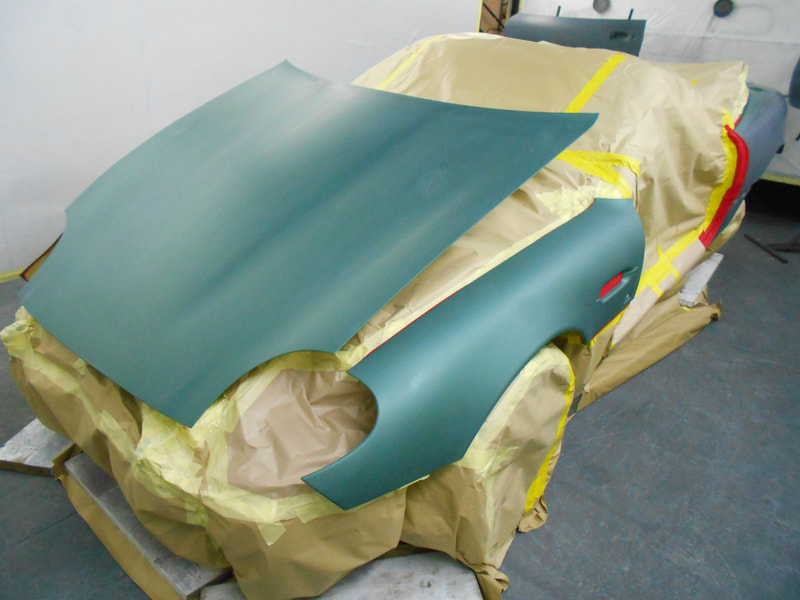 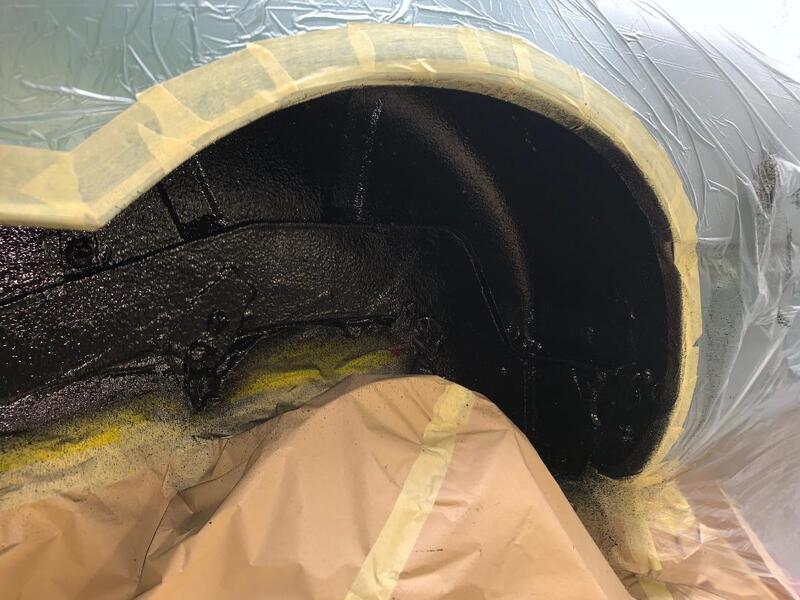 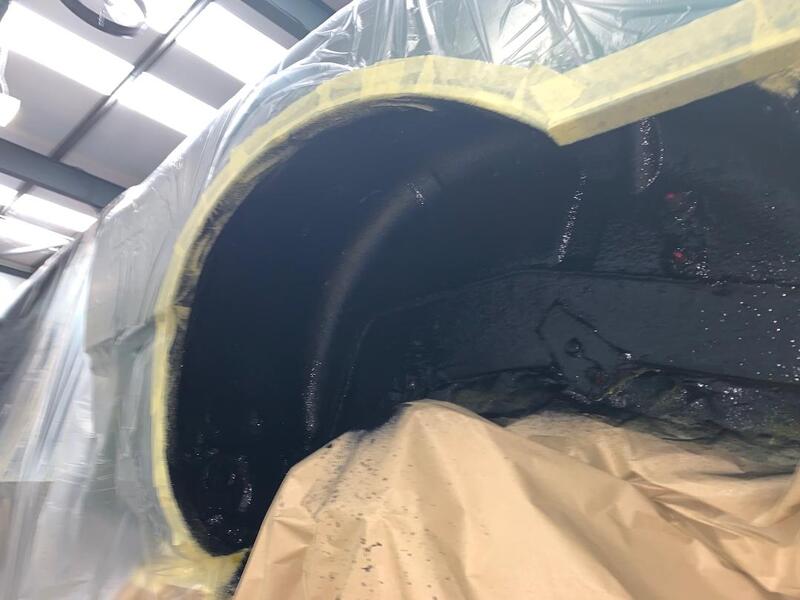 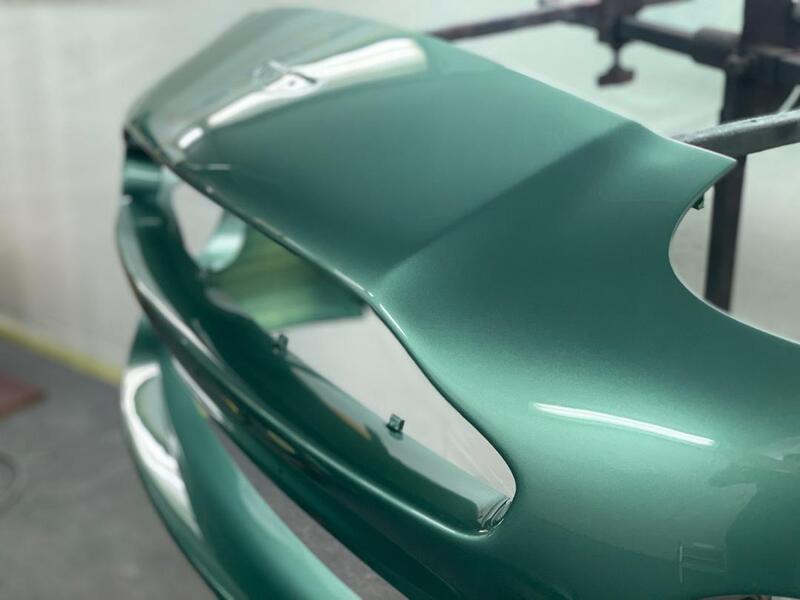