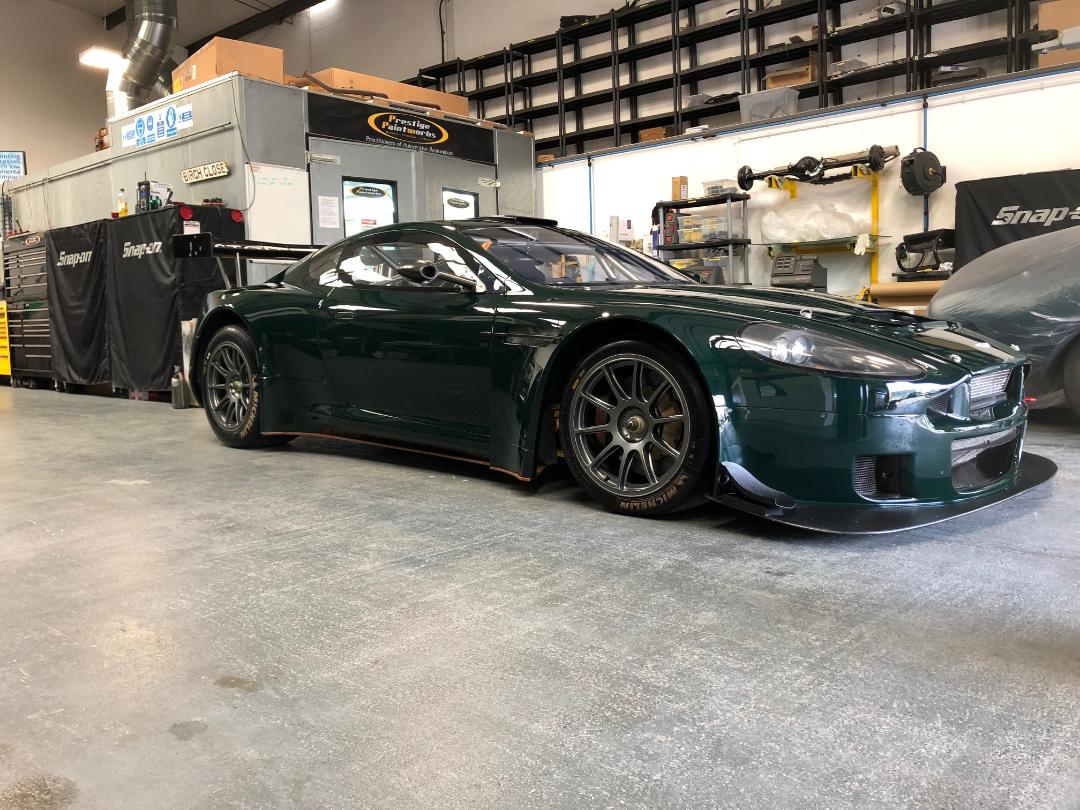 This ex Barwell Motorsport Aston Martin DBRS9 won the British GT Championship in 2006 with Leo Machitski at the wheel.
After that it spent some considerable time in Australia until being repatriated back to home soil in 2019.
It came to us for a freshen up after all the vinyl wrap had been removed along with it a fair amount of paint and filler. We dis assembled the car and prepared every single panel as if it were a normal job so there weren't any corners cut.
Lots of composite repairs then plenty of filler work to sharpen it up.
The roof was bare metalled then epoxy primed then high build primed. all the bolt on panels were given four coats of polyester primer.
The roof was prepared and painted first followed by 3 booth runs of parts.  All the bolt on panels were blocked with P180 then P320 then P500 before getting a black wet on wet primer then topcoat.Everything was then flatted with P1500 then P3000 and buffed up.
​The car was then refitted using all new hardware, the plywood sills were sanded and coated in matt polyurethane clearcoat.
​
Do you have a project you would like to discuss ? Simply get in touch via email or by telephone 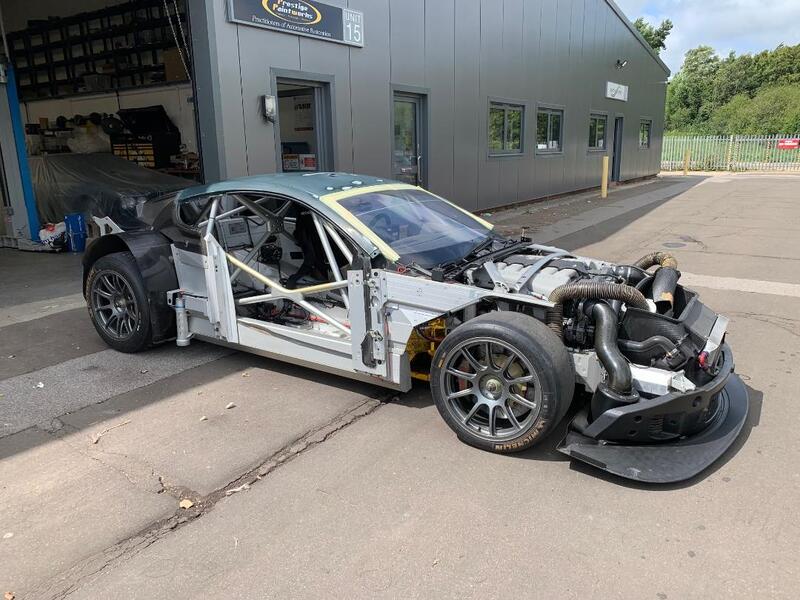 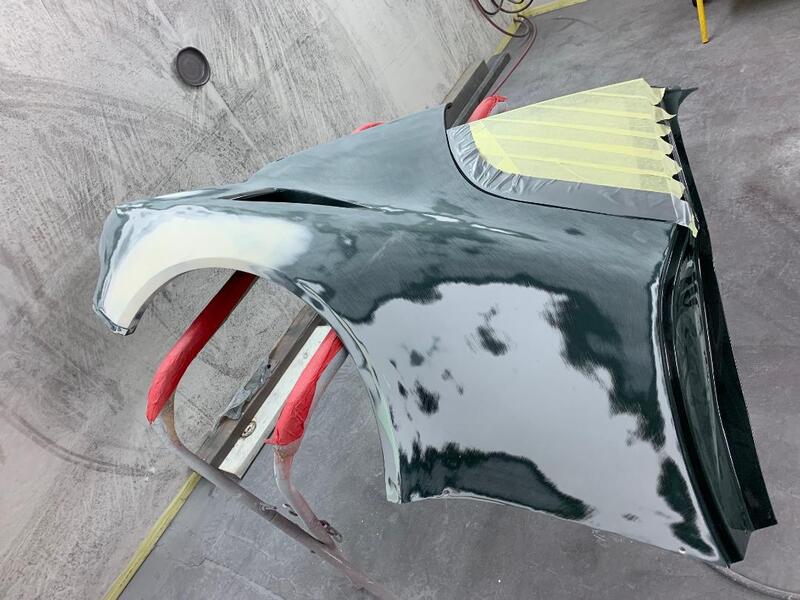 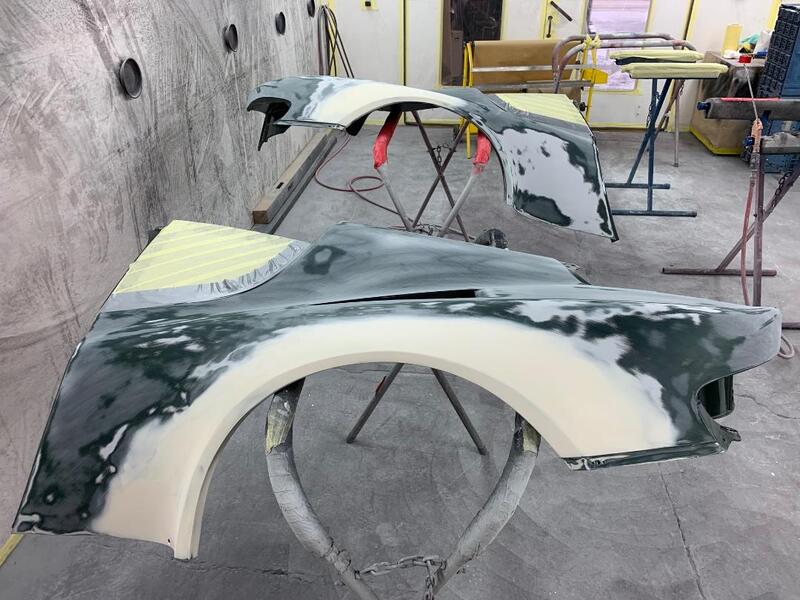 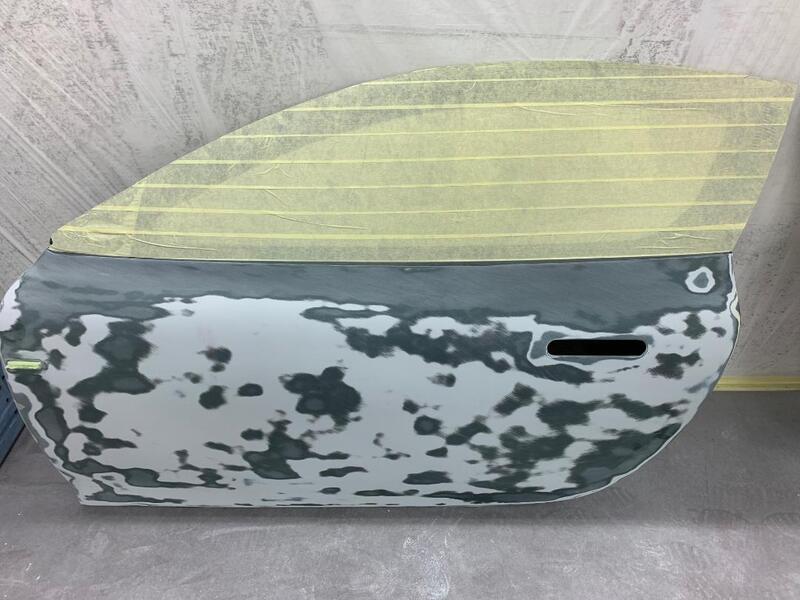 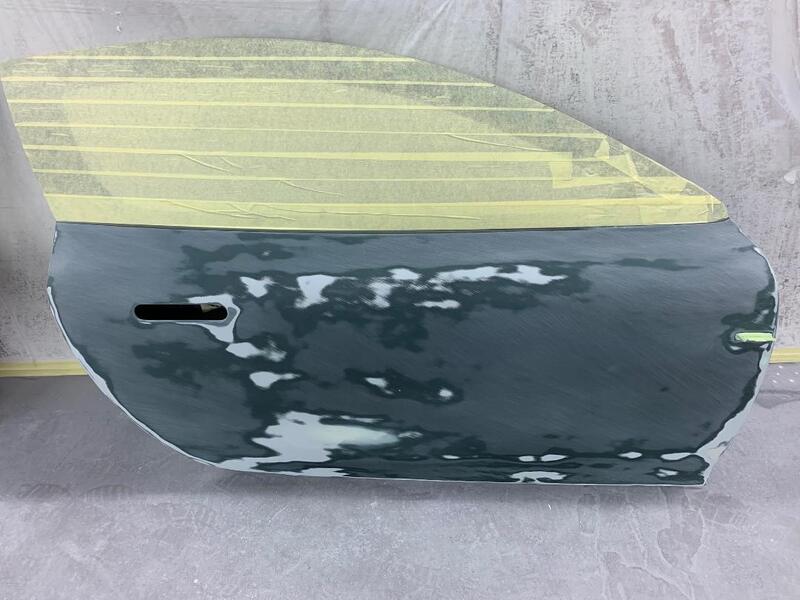 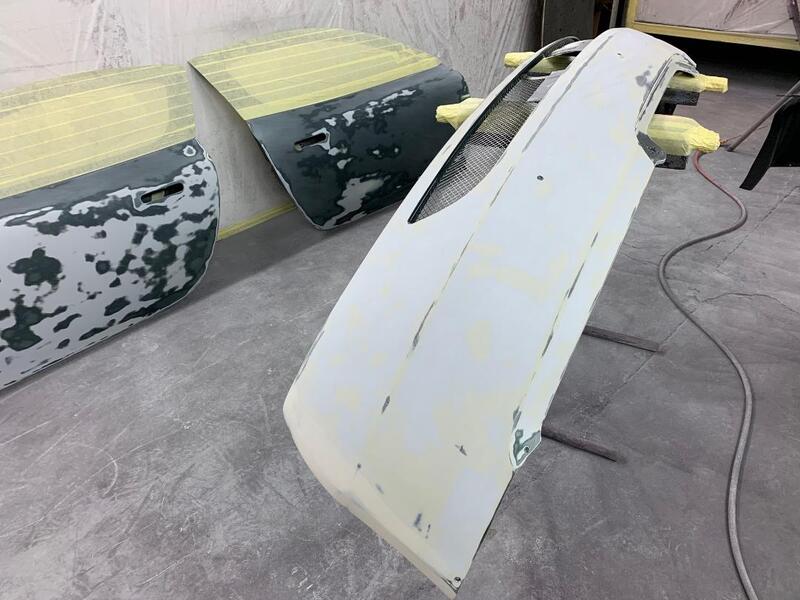 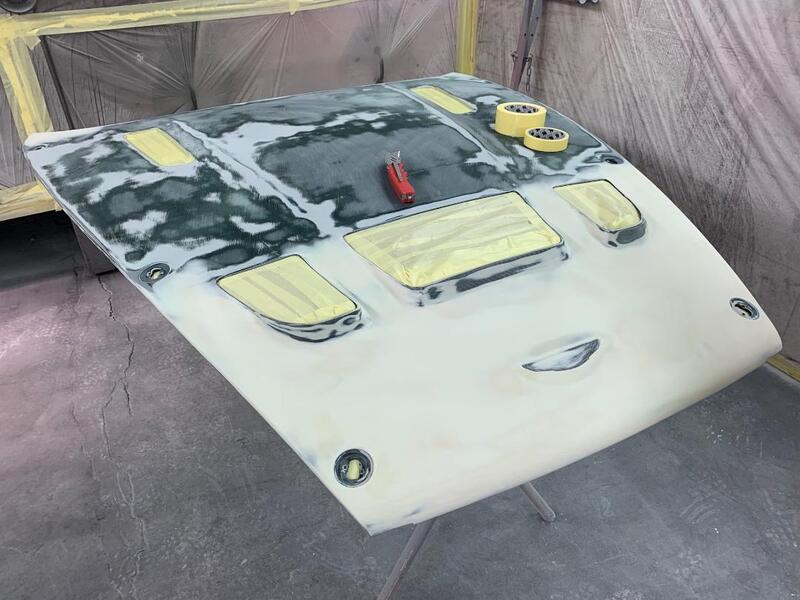 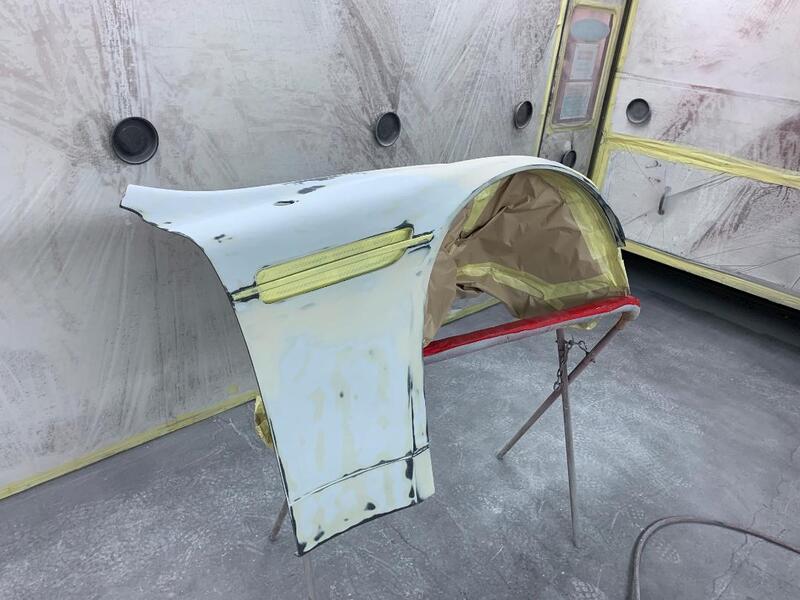 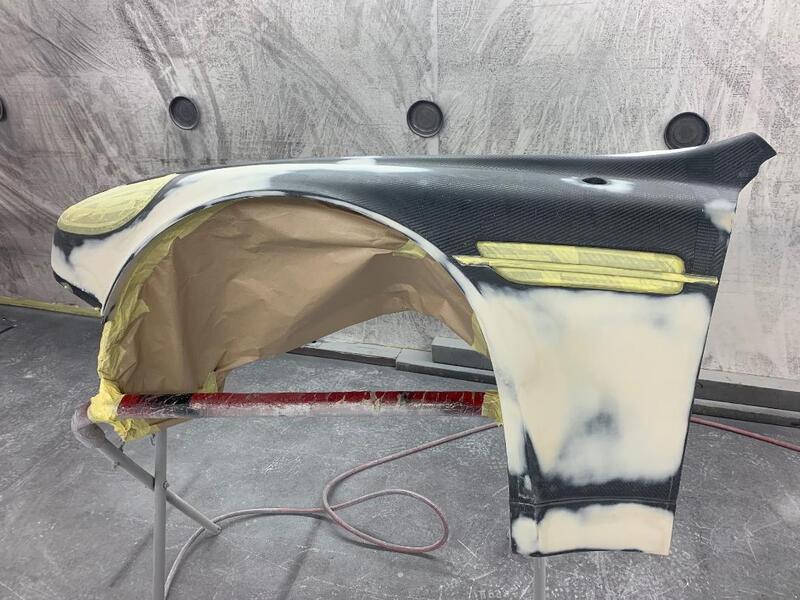 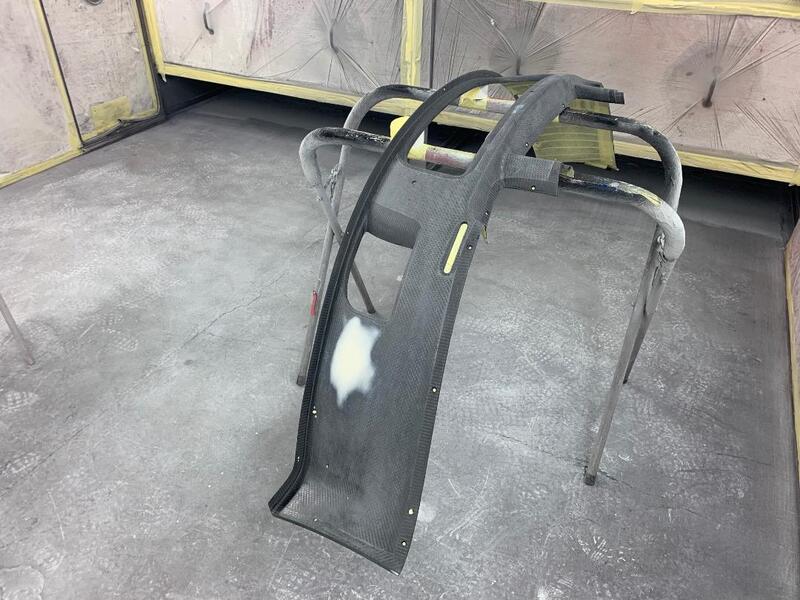 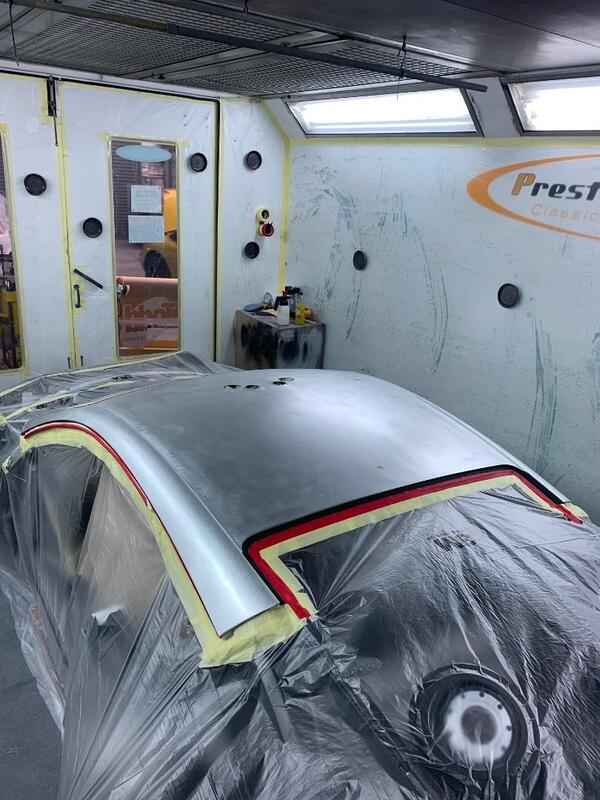 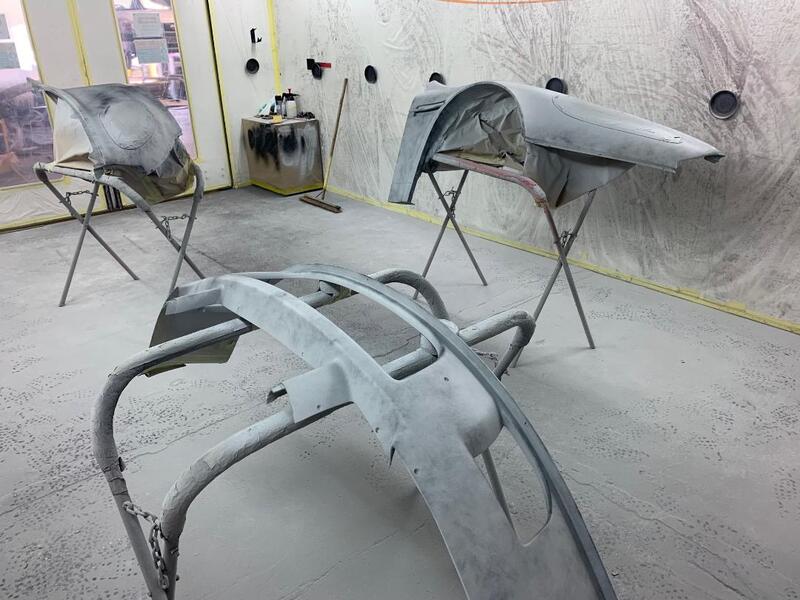 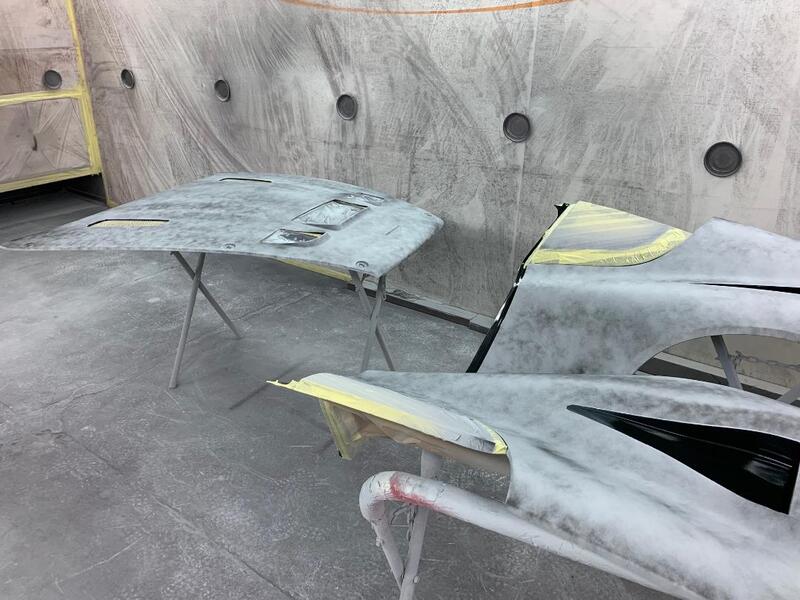 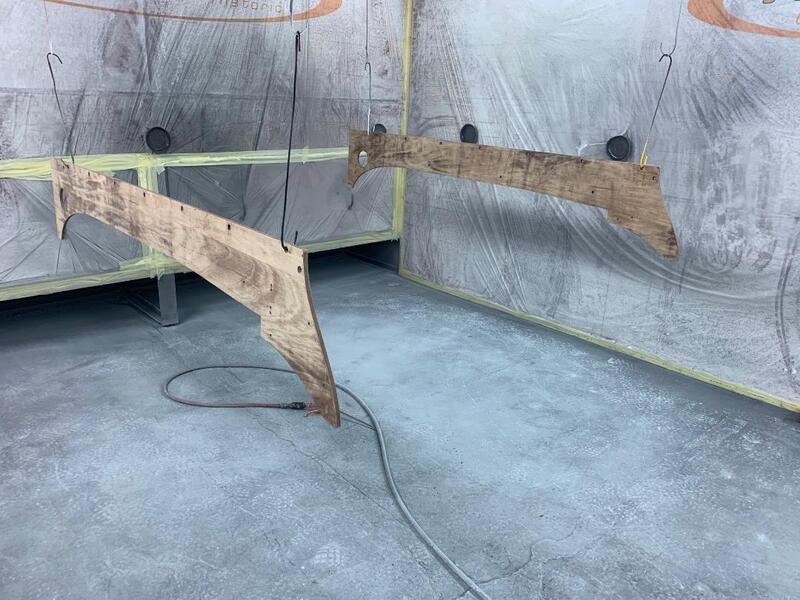 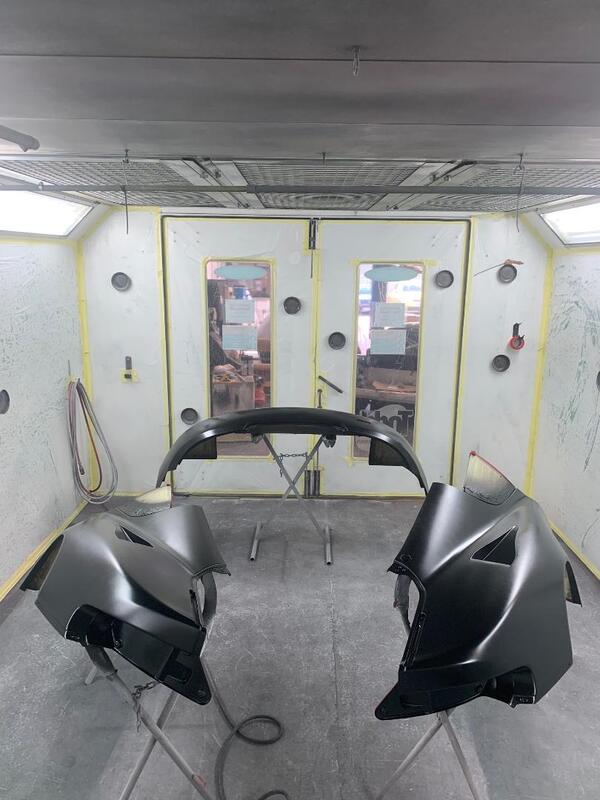 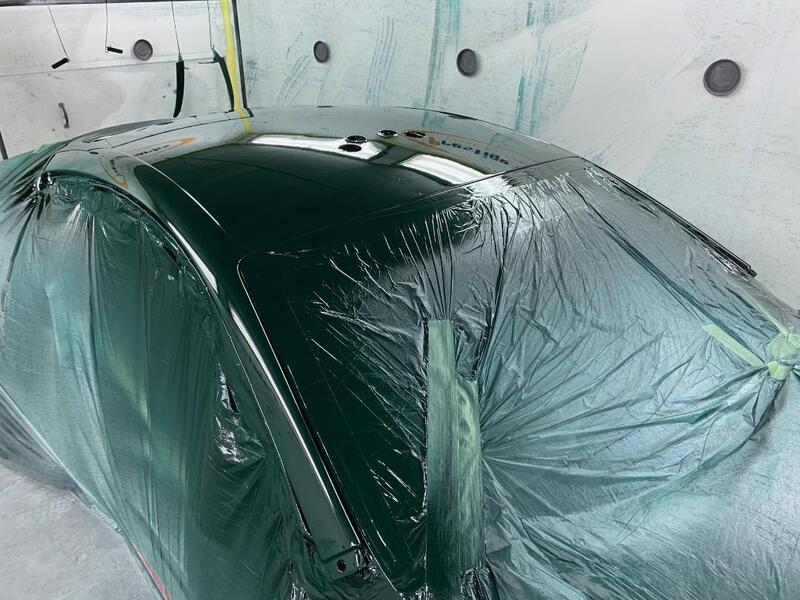 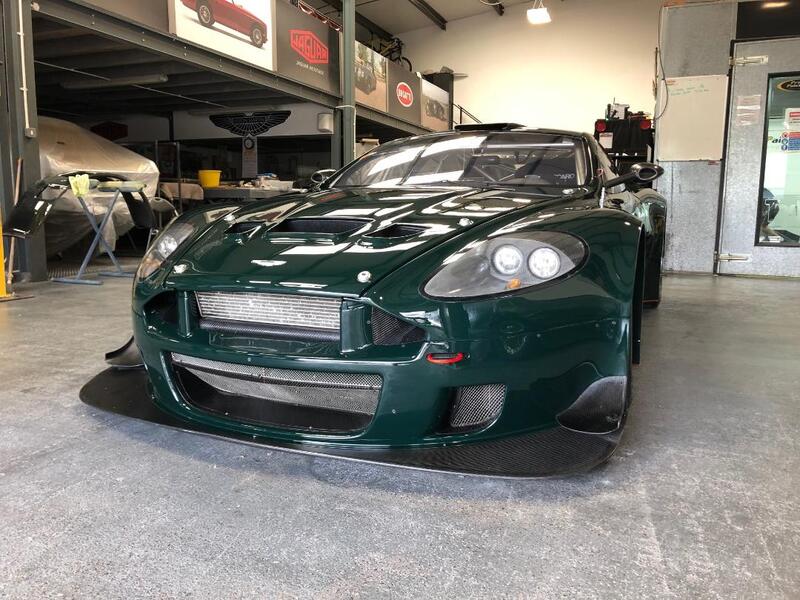 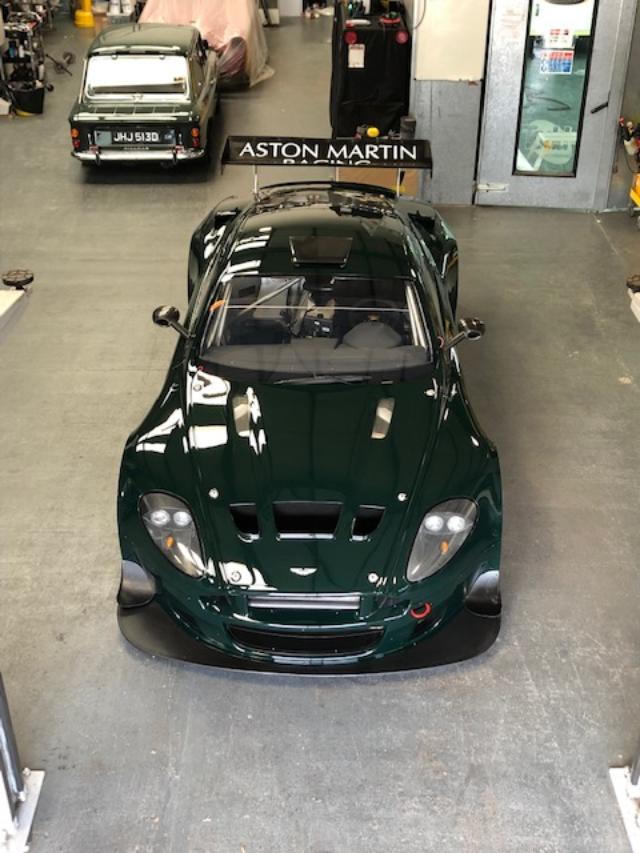